Aerospace facilities from all over the globe are taking advantage of our “state of the art technology” our one of a kind cleaning systems, from a portable or a fixed system cleaning oil coolers and lines. No more x-rays of dirty coolers, cleaning oil systems correctly the first time with HotFlush. Users include US military, Foreign Military, Honeywell, Standard Aero, Premier Turbines, and many others.

Aircraft engine oil coolers, fuel heaters and heat exchangers have been manufactured using a wide range of designs to transfer heat as efficiently as possible.

The only way for heat to transfer efficiently out of the oil is for the oil molecules to make as much contact with the metal in the cooler as possible.

Regardless of an oil coolers configuration, they all share the same characteristic; tiny oil-flow channels. These tight spaces put a real squeeze on the engine oil in order to create as much hot-oil to oil-cooler contact as possible, offering liberal opportunity for the transfer of thermal energy from hot oil, to oil cooler.

Newer style "stacked-plate" type oil cooler, the oil passageways are created by hundreds of small corrugations stamped into what’s known as the "turbulator plate." The turbulator plate is formed from .020"—thick aluminum sheet, which has been expanded to a thickness of roughly 1/16" by the stamping of the corrugations. Older style oil coolers and even some later model fuel heaters which are of a "tubed" type of construction, share the same problems. Hot engine oil is forced between what precious little space there exists between each of the oil cooler’s many hundreds of straw sized air tubes. This close spacing of the tubes, about equal to the thickness of a playing card, will strain most any debris from the engine oil as it passes through the oil cooler's core.

Whether it is a tubed, or stacked-plate cooler 100% removal of the contamination from within is always the most challenging aspect of performing a proper oil cooler overhaul. It is also the most important part of the overhaul since the oil cooler's performance will be a direct reflection of how effective the flushing process was.

Proper cleaning of an aircraft engine oil cooler is definitely not something that can be achieved by simply pumping cleaning solvent through it. There are still facilities that perform this practice and consider it clean. Which is terrible, especially if it is being remounted onto a freshly overhauled engine, and believe that the cooler is "overhauled." The truth is, even with the Hot Flush machines high speed reversing and heated cleaning agent, it can still take hours to clean the cooler. 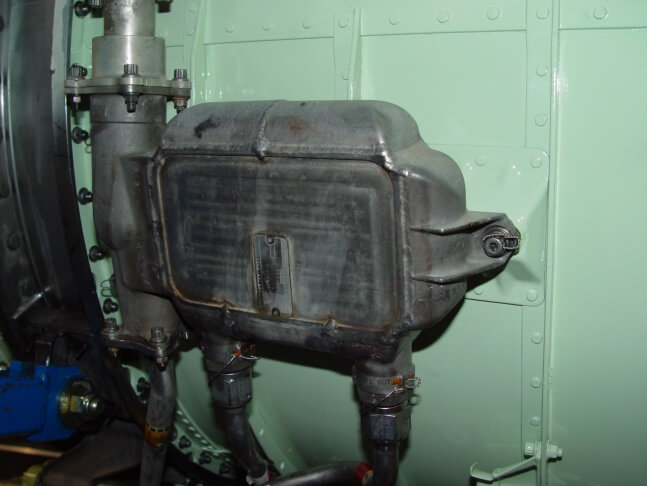 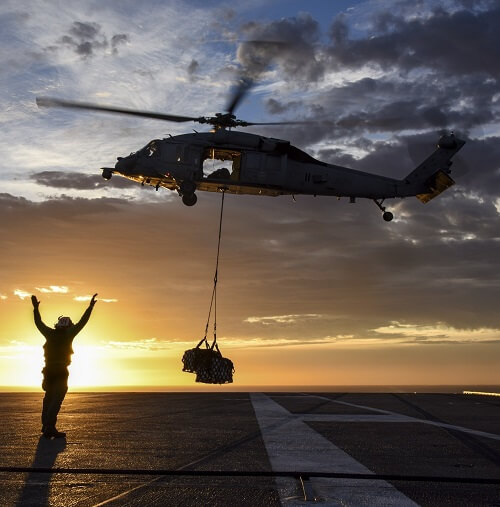