Experience the Power of Clean

Failure to remove contamination from the cooler and lines equals transmission or engine failure. A common solution for this age-old problem would be to install a new cooler.

What you don't know is you're wasting time and money. The majority of new coolers are contaminated. After a new cooler is manufactured, it is left with debris and flux that will eventually work its way into your transmission or engine.

To ensure complete contamination removal of the cooler and lines, the Hot Flush system delivers an automated process that utilizes reverse flushing. This process combined with a checkable 28 micron screen , air-injection and absolute filtering that will assure your system is 99.99% clean.

Additionally, flushing should also be performed as a diagnostic point in a proactive maintenance schedule to detect problems before they become catastrophic.

Debris from a new OEM cooler 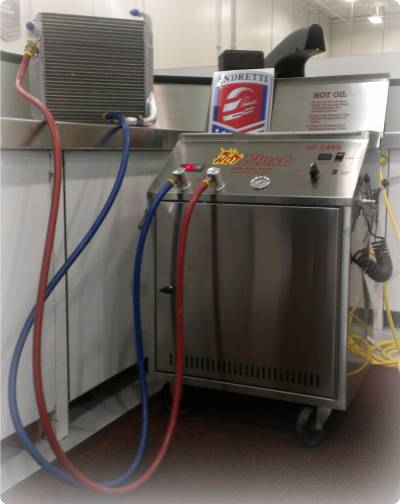